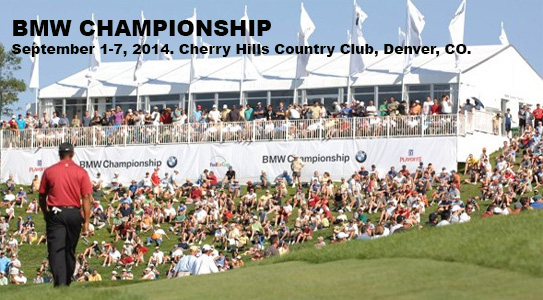 The Playoffs on the PGA TOUR get underway on Thursday, before the BMW Masters (28th October to 2nd November, Lake Malaren Golf Club, Shanghai), tees off the European Tour’s “Final Series” in October. A BMW tournament also plays an important role on the road to the FedExCup: at the BMW Championship (4th to 7th September, Cherry Hills Country Club, Denver), the 70 world-class players who qualified for the penultimate leg of the Playoffs will do battle for one of only 30 starting places at the season finale, the TOUR Championship.

Last time around it was a Swede who dominated both finals series: Henrik Stenson was in a class of his own and became the first player in history to win both the FedExCup and the Race to Dubai in one season. The 38-year-old is yet to win a tournament in 2014. But his rivals shouldn’t be lulled into a false sense of security. He was in the exact same situation 12 months ago. This was followed by victories at the Deutsche Bank Championship, the TOUR Championship and the Dubai World Championship. At the last major of 2013, the US PGA Championship, Stenson finished in third place. And there are parallels with the current season. The ‘2013 European Tour Golfer of the Year’ narrowly missed out on the long overdue first major title at the US PGA Championship once again. While Rory McIlroy was victorious, Stenson finished third. The outwardly cool, but extremely ambitious Swede is hitting top form just in time once again. “2013 was a dream season for me,” said the world number three. “I achieved everything I could have wished for and more. It started off in the early part of the summer when I was playing well and I was able to keep it going for such a long time. That was one part of the achievement: to keep my game at this level for so long, probably four months. I am very proud to have won the FedExCup and the Race to Dubai.” Stenson is currently in 70th place in the FedExCup and, if he stays there, would narrowly qualify for the BMW Championship, which will be held for the first time at Cherry Hills Country Club in a suburb of Denver. However, the dramatics of the playoffs through the points system for the four remaining tournaments mean that anything is possible in the coming weeks. During his winning streak last year, the Swede played at the BMW Championship, with a prize fund of eight million US dollars, for only the second time after 2007. He finished tied in 33rd place at Conway Farms Golf Club (Chicago), where Zach Johnson (USA) won. Stenson, who won the BMW International Open in 2006, is a regular at international BMW tournaments. “BMW has been one of the greatest if not the greatest of our partners over such a long time,” he said. “They have hosted so many tournaments, on the European Tour and the PGA TOUR. A very strong worldwide supporter of golf. They always look after us very nicely and you know, when it is a BMW event, that you can expect high standards.” The fact that this not only applies to the players, but also the spectators, is underlined by the tournament being awarded PGA TOUR Tournament of the Year. The BMW Championship has received this title for the past two years.