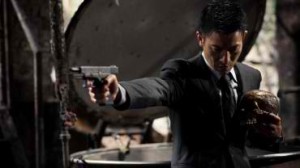 What is it about Film Festivals that makes them uniquely important and seemingly a vital, integral part of the movie industry?  Why are there Film Festivals taking place all over the world and in small pockets of society? Simple… it levels the playing field, or the big screen in this case. It is an opportunity for the little man to compete with the big wigs of the industry.  As long as the movie can fill the size of the screen, the low budget, 1,2,3, 4 man production can be seen as equally and along side the multi-million dollar production.  Second, you, me the audience gets to see movies, films and documentaries that are not under the marketing control and distribution of the majors…therefore there is no censoring of talent and no shelving of the little mans project that has been pegged for DVD distribution without ever making it to the big screen.  Third, they have become the meeting grounds for cultural diversity and sharing.

There are thousands of film festivals around the world.  Each one with its on unique lure that attracts an audience.  The various cultural festival seem to have a unique pull all their own.  Whether if its a geographical, ethnic, educational or religious in nature, film festivals brings together that community, as well as  invites others to come share in their rich cultural background.  Film festivals allows an audience to see more of 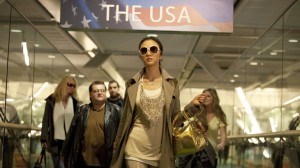 the movie industry that is shoved out by the majors. It allows new and up and coming talent, people and other aspects of the world to be seen and is not typecast by a single industry’s view. The artist, film makers and actors have as much freedom to create and showcase their on brand and talent.

So let me introduce you to a very rich cultural Film Festival that has captured high acclaim in the festival world.  Recently named by USA Today as one of the 10 reasons to visit San Diego, the annual San Diego Asian Film Festival is the flagship event of Pacific Arts Movement (formerly the San Diego Asian Film Foundation), a non-profit media arts organization specializing in Asian and Asian American cinema.

Founded in 2000, the Festival has grown to become the largest exhibition of Asian cinema in the western United States, and has showcased everything from future classics like Bong Joon-ho’s Memories of Murder (US Premiere) to luminary independent work like Patrick Wang’s award-winning In the Family (North American Premiere).

Pacific Arts Movement also presents the SDAFF Spring Showcase, a mini-festival in April, as well as year-round quarterly screenings and community events. For information about Pac-Arts and its mission and values, click here.

Join The Image Of Magazine as we cover a dynamic events and the people who make it happen, on and off the camera.  Check out past editions of the San Diego Asian Film Festival:

Starting Thursday November 7th the San Diego Asian Film Festival begins.  Come out and see why USA Today says the SDAFF is a must attend film festival.  View more information, films, times and dates read the preview for this year on The Image Of Magazine website front page.