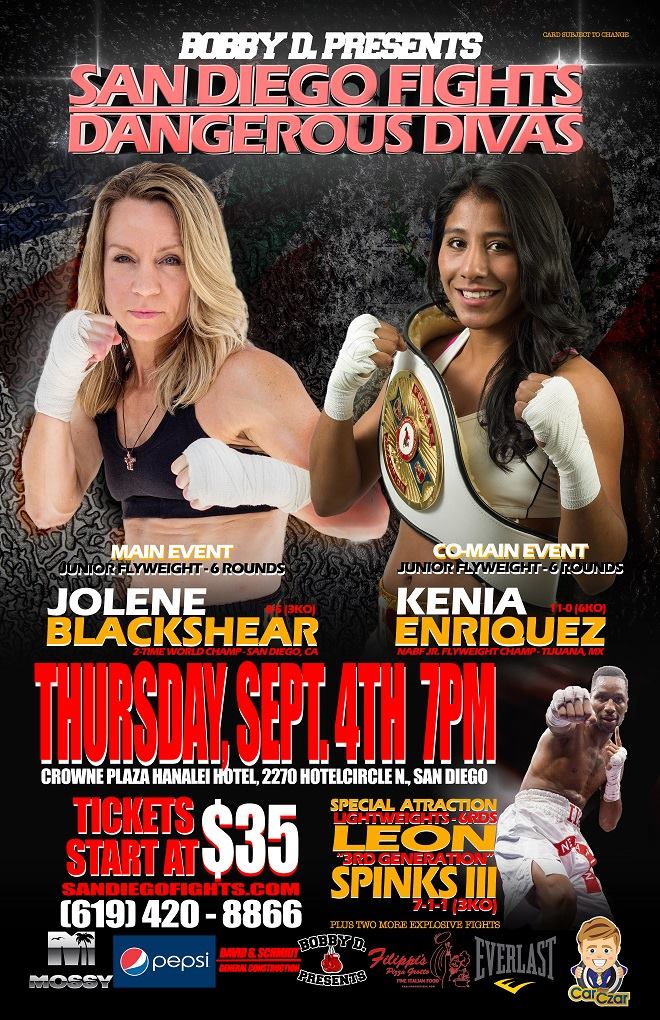 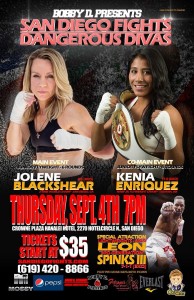 In July Bobby D Presents gave Southern California an excellent night of boxing with a four fight card and the temperature warm and muggy it was easy to see that the crowd was feeling the heat.  On the day prior to the fight during the weigh-in some of the fighters gave a preview of their mindset while others appeared to upset the mental disposition of their opponents.

The night opened with a lightweight match featuring Riccy “The Hammer” Hood, San Diego (1-0) versus Norberto Pantaleon, Oceanside (0-2); both are highly energetic, hunger fighters. As the boxers touched gloves and stepped towards each other to give one another all they had.    Both men weighing in at 136 pounds went toe-to-toe until the much more skilled Pantaleon with a series of crushing blows sent “The Hammer” free-falling into the ropes.  Half way through the first round Pantaleon is declared the winner by knockout.

The second match of the night saw the return of “Smokin” Joe Perez, San Diego (4-1-1, 3KO) versus Gabriel Braxton, Atlanta, GA (1-3, 0KO) in a Featherweight match-up. Braxton was the first entrant of the night; coming to the ring pumped-up and ready for a rumble.  “Smokin” Joe approached the ring sharp, focused and determined.  Braxton was showing signs of difficult early in the match when “Smokin” Joe rocked him with a blow felt throughout the room.  Braxton’s team threw in the towel giving another victory to “Smokin” Joe Perez who rides the moment of another night with Bobby D’s boxing.

Match three was probably the most evenly fought match of the night.  Viktor Chernous, Vinitza, Ukraine (15-1, 5KO) versus Ivan “Oso” Zavala, Tijuana, Mexico pitted two fighters with great conditioning going the distance and ending with as split decision for the fight.  Despite the six-pound difference (Chernous – 138lbs, Zavala – 144lbs) neither fighter was able to out power or out move the other.

Final match of the night Aaron “Gavilan” Garcia, San Diego (14-3-2, 4KO) versus Daniel “Huracan” Ramirez (10-1, 4KO) show Mission Valley what punching was all about.  “Huracan” had great punching and landing ability which “Gavilan” was able to match initially in this fast paced match-up.  “Huracan” rocked “Gavilan” with a series of hits and dropping him on the ropes briefly.  The referee checks on “Gavilan” who’s a little slow getting back on his feet and showing signs of frustration.  The match resumes and “Huracan” comes in like a man unleashed, unloading hit after hit until “Gavilan” goes down for the night and Daniel “Huracan” Ramirez wins California State Super Featherweight title. Visit www.bobbydpresents.com to get fight information and times.