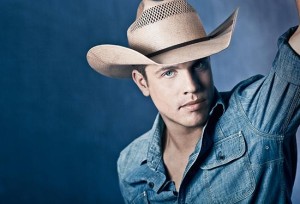 San Diego, California or the West Coast has not been know for its Big Country Western sound in the music industry.  When you think about San Diego and the West Coast sound, you think of The Beach Boys, Van Halen, Katy Perry, Snoop Dogg, P.O.D., Poncho Sanchez (raised in Norwalk) and a host of other sounds.  You may not see them all on stage at one time but they all represent the diversity in sound that is the west coast. California has not been on the top of the list in producing great country western singers and musicians. East County communities of San Diego have long been and are big supporters of country music.  With small pockets of Country & Western venues sprinkled here in there (InCahoots in Mission Vally and Double Duces in the Gaslamp), it will be hard to find a bar with a mechanical bull to ride and/or enjoy watching a good ride, let alone do the most up to date 2 step. In Comes Dustin Lynch out of Nashville, Tennessee, bringing a little Country Swag to San Diego.  Dustin Will be peformong live Sunday night @ 8:00pm PST, inside ethe all new Tin Roof Bar & Restaurant, in the heart of the Gaslamp.  The Tin Roof is San Deigo’s newest performing venue where music is LIVE and so is the crowd. Will this be the start of the new invasion of Country to San Diego?

The note on the Bluebird Café’s Facebook page says it all: customers who visit the Nashville songwriters club – instrumental in the development of Garth Brooks, Faith Hill and Kathy Mattea – are expected to keep quiet and listen to the words from some of Music City’s most influential composers.

It all goes back to the Bluebird for Lynch, a native of Tullahoma, Tennessee. Influenced in his youth by such stalwart country singers as Alan Jackson, Garth Brooks and Clint Black, Lynch knew the importance of the Bluebird, and he chose his college – David Lipscomb University – in part because it was less than two miles from the club, which proved immensely important in his development. 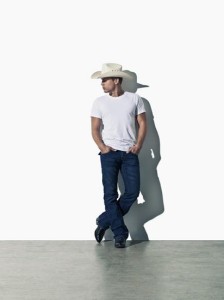 Listening has an added benefit – it gives the listener a chance to learn.

That’s how singer-songwriter Dustin Lynch used the Bluebird. And he used it intensely. He rented an apartment behind the venue’s back parking lot and literally walked to the Bluebird several times a week to listen and learn about the mysterious art of creating songs from some of Nashville’s most important writers. Don Schlitz (“The Gambler”), Tony Arata (“The Dance”), Paul Overstreet (“Forever And Ever, Amen”) – all are mainstays of the Bluebird legend, and it was at their proverbial feet that he picked up key insights about the writing process.
“I was soaking it in, trying to be a sponge,” Lynch says. “I was mainly trying to hear the story behind the song, how it came about, what it’s really about. There’s something about understanding the songwriter’s realm. You get a little more grip on the way it was written and why it was written and how they got to the finished product.” 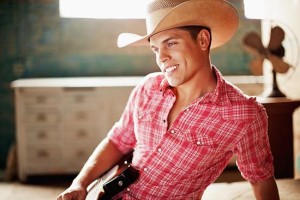 That education paid off in a big way for Lynch. He signed with Broken Bow Records – the home of Jason Aldean and sister label to Stoney Creek Records (home to Thompson Square) .His debut single, “Cowboy and Angels,” is quickly rising up the Country charts. Lynch is working with producer Brett Beavers (known for his work with Dierks Bentley) and engineer Luke Wooten (Brad Paisley, Sunny Sweeney) on his debut album (due August 21, 2012) with a backlog of his own songs. He’s written that material with a bundle of Music City’s top writers – Dallas Davidson (“Just A Kiss”), Tim Nichols (“Live Like You Were Dying”), Casey Beathard (“Don’t Blink”), Phil O’Donnell (“Back When I Knew It All”) and Steve Bogard (“Prayin’ For Daylight”), to name a few. 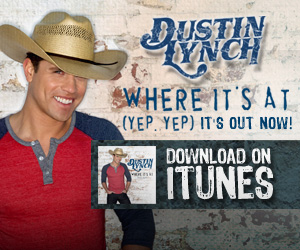 Click here to watch Dustin's Video Where It's At

San Diego will be honored to have a rising star such as Dustin Lynch perform in an area where Country Music is not one of the staple products or sound.  Look for a follow up interview soon in The Image Of Magazine, as we follow the career of this soon to be mega star.  We are looking forward to supporting Dustin in his rise and keep his Country Swag alive here on the West Coast.  So if your father loves Country, show him that you really care and bring him to a one of a kind show in San Diego.

Editor – The Image Of Magazine