…one of the Sexiest, Soulful female singers, with a voice like an angels whisper, comes back to San DIego to “Jazz At The Creek”. Chanté Moore began her career as a background singer for Pop/R&B diva Toni Braxton. After being signed, Moore recorded several hit records, including “Love’s Taken Over,” “It’s Alright,” “I’m What You Need,” “Old School Lovin,”

and “Free” (a Deniece Williams cover). Moore recorded “Your Home Is in My Heart” with Boyz II Men for the How Stella Got Her Groove Back soundtrack. Moore was also featured on the soundtrack of Waiting to Exhale in 1995 with the song “Wey U”.

The song, which featured harmonic vocalisations and no actual words, was acclaimed by critics for demonstrating Moore’s vocal range, with music reviewer Tracy E. Hopkins at Barnes and Noble remarking that it “showcases Moore’s Minnie Riperton–reminiscent pipes”. In 1998, Moore also collaborated with musician Keith Washington for the duet “I Love You.” 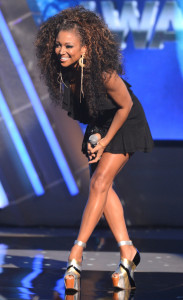 In 2000, Moore earned a Soul Train Music Awards nomination alongside Whitney Houston and Mariah Carey for Single of the Year, Female for her Billboard #2 R&B and #10 Pop hit “Chanté’s Got a Man.” However, she lost the award to Lauryn Hill. The single was also certified Gold by the RIAAfor sales of over 500,000 copies in America.

In 2002, she won a Soul Train Music Award for Best R&B/Soul Single, Group, Band or Duo for “Contagious” featuring The Isley Brothers. She also appeared on the hit UPN show Girlfriends, singing Minnie Riperton’s “Lovin’ You.” Also that year, Moore sang on Kenny G’s single “One More Time,” which registered on the Smooth Jazz and adult contemporary singles charts.  Chante has collaborated with various artist from all genres, showing her versatility as a complete musician.

To The Next Level… 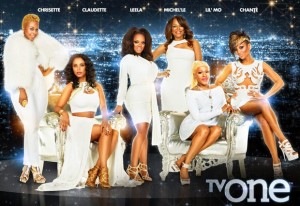 R&B Divas: Los Angeles (also known as R&B Divas: LA) Premiering on July 10, 2013 on TV One, the series chronicles the lives of R&B singers Chanté Moore, Lil Mo, Kelly Price, Claudette Ortiz, Michel’leand Dawn Robinson as they balance their music careers and personal lives. It is a spinoff to R&B Divas: Atlanta. The reunion was filmed on August 6, 2013, with Wendy Williams as the host. Part 1 of the R&B Divas: Los Angeles reunion acquired a 0.83 rating among P25-54 and a 0.95 rating among households. It drew a total of 834,000 viewers on its original airing night during its 10:00 p.m. premiere and encore airings. The episode is also tied with The Rickey Smiley Show as the TV One’s No. 1 telecast among adults 25-54.

The series has been renewed for a second season that premiered on July 17, 2014 with Leela James and Chrisette Michelle joining the cast after the departures of Kelly Price and Dawn Robinson. Production began in December 2013.

The series has been renewed for a third season set to premiere in the first quarter of 2015. The Third Season is set to premiere February 11, 2015 with Stacy Francis and Christina “Brave” Williams set for joining the cast after the departure of Claudette Ortiz. 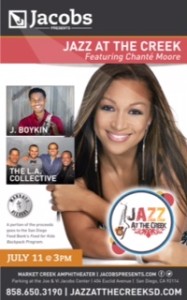 On Saturday, July 11 Chante comes back to San Diego for a live show at Market Creek Plaza, Brought to you by the Jacobs Center Presents and MANDATE Records.  Visit ww.mandatereords.com to be in the know for  the “Summer Jazz Series with a PURPOSE”  and gospel concerts. Tickets are on sale at www.jazzatthecreeksd.com and portions of the concert series proceeds go the San Diego Food Bank’s Food for Kids Backpack Program.

Stay tuned for exclusive behind the scene interviews for “AFter The Sound Check” from The Image Of Magazine and So Political.

To find more about what Chante has coming up visit www.therealchantemoore.com 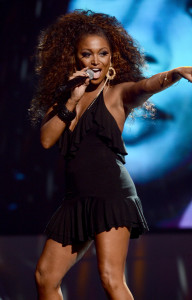